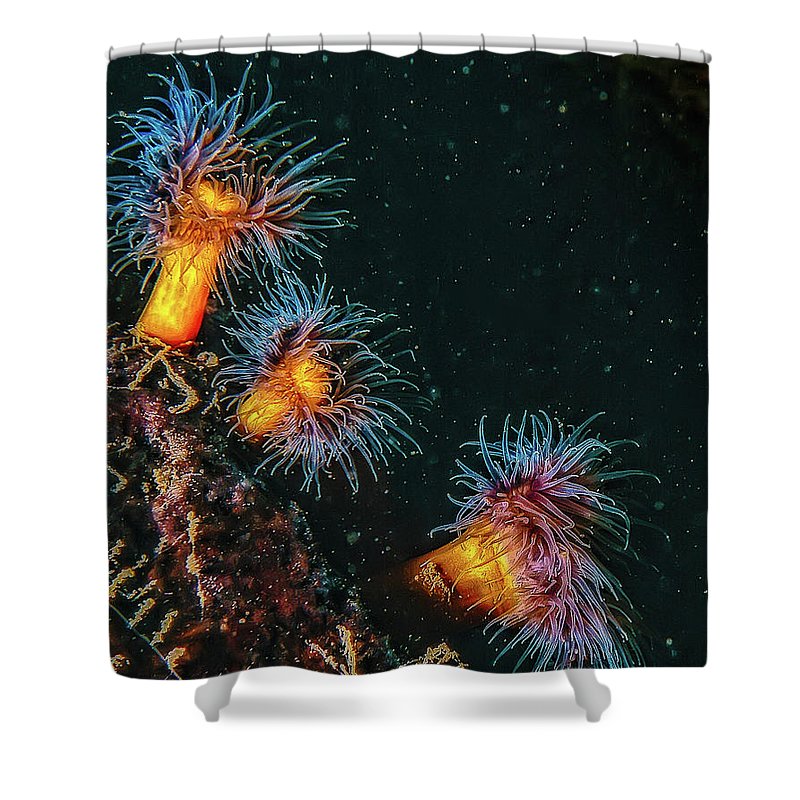 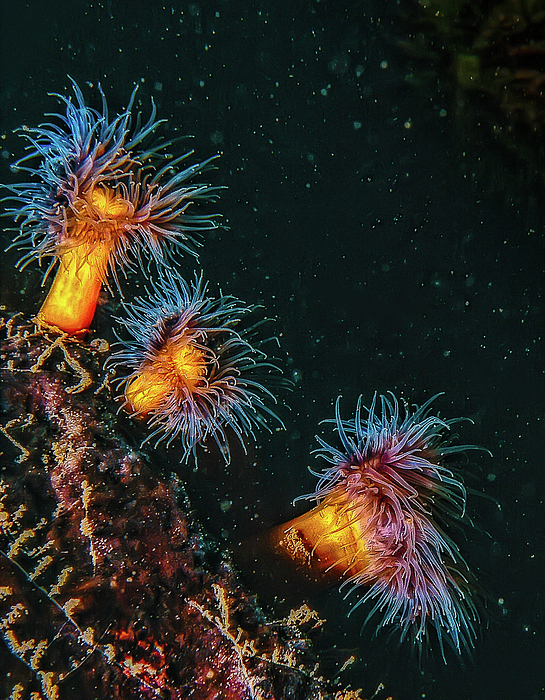 Our shower curtains are made from 100% polyester fabric and include 12 holes at the top of the curtain for simple hanging from your own shower curtain rings. The total dimensions of each shower curtain are 71" wide x 74" tall.

Three anemones wave their tentacles in a quest for food. Filmed with a 35mm camera in an underwater housing using Kodachrome slide film and scanned... more

Three anemones wave their tentacles in a quest for food. Filmed with a 35mm camera in an underwater housing using Kodachrome slide film and scanned into the digital world.